Hugh Symons’ relationship with Dale Carnegie began with one individual, the Business Manager, Bob Sweetlove. As a result of this initial experience, Sweetlove recognized the value that Dale Carnegie Training could provide Hugh Symons during this time of market correction. He began to require that all managers take Dale Carnegie Training’s Leadership for Team Managers course. According to Sweetlove, the Leadership Training for Managers course gives managers both a set of governing principles and a set of practical tools to make them more successful. “It has given our managers a far better ability to apply management techniques to the real world.”

How They're Succeeding Now

Dale Carnegie Training is now pervasive in the company and contributes to more cooperation and trust among team leaders. As Sales Manager, Carlos Pestana guarantees that all of his internal and external sales personnel take the Dale Carnegie Sales Advantage program. The benefits of Hugh Symons’ commitment to Dale Carnegie Training are tangible and widespread. After the first year of Dale Carnegie Training, staff turnover at the executive and management level declined dramatically to a single digit and has remained stable ever since. Most significantly, according to Sweetlove, “Sales have increased quarter over quarter for the last three years.” 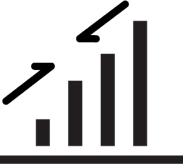 In a market that is becoming increasingly competitive and volatile, it was necessary for Hugh Symons Communications to become more nimble and efficient. Hugh Symons needed to make better use of their human capital, empower their employees to think for themselves, and become more proactive and creative. 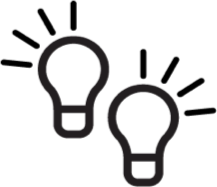 Hugh Symons Communications began to require that all managers to take Dale Carnegie Training's Leadership Training for Managers course. The training was then expanded to sales departments where sales teams were sent to Dale Carnegie's Sales Advantage Course.

Bob Sweetlove explains, "If I look back three years, and had we not had the Dale Carnegie Training courses, what situation would I be in? Would I have higher turnover? Probably. Would I have less effective managers? Definitely! I would highly recommend Dale Carnegie Training because I'm not sure that there is anything else one could do that would produce the same result."

"Since first participating in Dale Carnegie Training, we’ve taken on more than 480 new accounts. We’ve had our richest year ever."